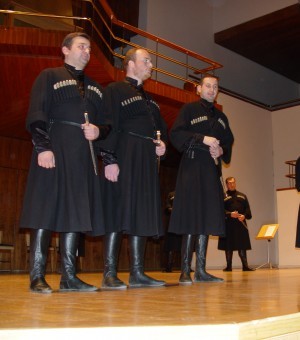 Basiani performed in one of the most popular halls in Madrid Auditorio National de Musica in June 7, 2008, connected to the celebration of Georgian Culture Days in Spain.

When preparing for the event Basiani had close cooperation with renowned ethnomusicicologists Simha Arom (France) and Polo Vallejo (Spain) to record some folklore peaces for them. Before the concert started the scholars presented to the public their study on Georgian Traditional Polyphony on the example of the Ensemble's live illustration.